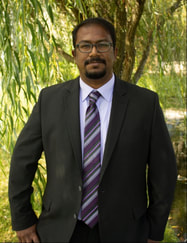 John started with the district as Public Relations Specialist in late 2012. In 2018, he was named the Program Director for the District. In march of 2020, John was appointed as the Executive Director. John provides leadership and administration for the District. He is responsible for communicating the district's message to the residents of Hamilton County.
John started his bachelors in India with a triple major in Communicative English, English Literature, and Psychology at Christ College, Bangalore. After moving to the United States, John transferred his degree and graduated with a Bachelor of Arts in Christian Ministry from Temple Baptist College. He has a Masters in Public Administration from Arkansas State University. John has previously worked as a Marketing Executive and a Computer Systems Manager. His last position was as an Event Coordinator for a Non-profit in Kentucky. He enjoys communicating the message of conservation to the residents of Hamilton County.
Email John 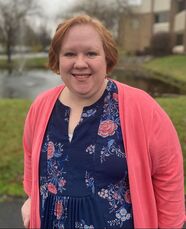 ​Mendi joined HCSWCD in November 2021 as the Business Service Officer. Before that she was a bookkeeper for a construction company in Middletown, Ohio. Mendi received her Child Day Care Certifications in 1996. While in the early childhood education field she was a teacher and a Preschool Administrator for 5+ years. In 2009, she changed her career path by going back to school and getting her Associated in Business Administration from Everest University. She has used that degree to give her 10+ years of experience as AP/AR, Staff Accountant, and Bookkeeper.
Mendi is originally from Columbus Ohio and has a twin sister; (they are not identical). She has been married 25+ years with two kids and two dogs. In her spare time, she invested 10+ years with the Boy Scouts of America and American Heritage Girls with multiple positions including Assistant Scoutmaster, Treasurer, and Charter Organization Representative.
Email Mendi 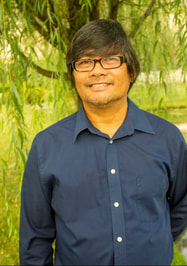 ​Chey Alberto serves as lead of the Earthwork Program and assists in the administration of the Hamilton County Earthwork Regulations, which include plan reviews and site inspections to ensure that earthwork projects remain in compliance. This also includes assistance to engineers, developers and builders in implementing soil conservation and storm water pollution prevention Best Management Practices during the construction phase development projects. The program also provide assistance landowners with drainage and erosion and conservation issues.
Chey moved to Hamilton County from the Philippines where he obtained his Bachelor of Science Degree in Mechanical Engineering. He also has an Associate of Applied Science Degree in Environmental Engineering Technology from Cincinnati State and Technical College. His previous experience prior to joining the District is in the environmental field doing site remediation, environmental sampling and status reporting. He also has construction experience conducting geotechnical testing of engineered fills. His most recent position was with Foppe Technical Group as a Staff Engineer.
Email Chey 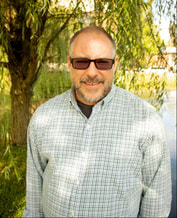 Jim is responsible for ensuring compliance to the Hamilton County Earthwork Regulations by performing site inspections and providing technical assistance to builders and landowners.
Jim was born and raised in Hamilton County.  He graduated from the University of Cincinnati in 2012 with a B.S. in Geology and a B.S. in Environmental Studies.  After graduation, he interned at UC and the Mill Creek Watershed Council where he is also part of their volunteer water quality monitoring program.  He has done volunteer GIS work for Rivers Unlimited and Great Parks of Hamilton County. He recently graduated from Cincinnati State with a degree in Stormwater Management.
Jim has held a lifelong interest in science, nature and conserving natural resources.  This has pushed him to focus his efforts on protecting our local water resources and improving water quality. He enjoys hiking local parks with his dogs.
Email Jim 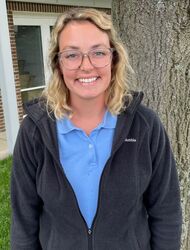 ​Haley joined HCSWCD in May 2022 as Urban Technician I. She is responsible for performing site inspections to ensure all Hamilton County Earthwork regulations are being met and held to standard. Haley was raised in Okeana, Ohio. Since being young she has always enjoyed anything that has to do with being outdoors, animals, and the environment. That then ensued her to get a degree that she could use to help the environment and work outdoors. Haley attended Cincinnati State and completed her studies in 2020 with a degree in Environmental Engineering Technology. Haley had the opportunity to Co-Op with McKenzie Landscape and Garden Center and had been working with them since graduating. She enjoys traveling, snowboarding, paddle boarding, riding dirt bikes, and spending time with her dogs, family, and friends!
Email Haley 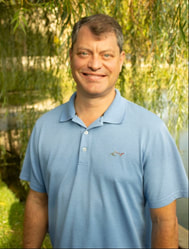 Aaron joined the Earthwork team in 2016. He assists landowners with drainage and erosion issues and is responsible for ensuring compliance with the Hamilton County Earthwork Regulations by performing site inspections.
Aaron was raised in the Cincinnati area and started his college program at the University of Cincinnati. He graduated from Warren Wilson College with a B.A. in Environmental Studies, with a concentration in Forest Management.  Aaron previously worked for Clermont SWCD, ODNR, and spent many years in the home improvement industry.
Aaron has always been interested in the outdoors and natural resource conservation. He is an Eagle Scout.  Aaron and his wife enjoy travel, hiking, biking, and canoeing.
Email Aaron 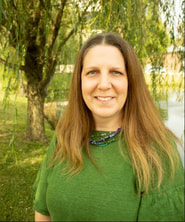 Gwen works hard to teach conservation issues to students and adults because she understands the connection between loving our planet and conserving its natural resources.
Gwen presents conservation education programs, implements many workshops and events and coordinates the Caring For Our Watersheds (Ohio) competition for high school students.
She graduated from the University of Toledo with a B.A. in Interdisciplinary Studies and a MAT in Biological Sciences from Miami University. Before joining the District she worked for the Cincinnati Park Board as a Naturalist and as a National Park Service Ranger at the William Howard Taft National Historic Site. Gwen enjoys traveling, gardening, quilting and watching college basketball.
Email Gwen 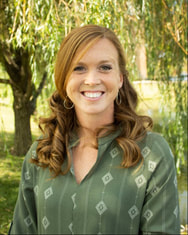 Sara started working for the Soil and Water Conservation District in July of 2015. She plans public involvement events as well as presents educational programs to local schools, libraries and community groups where she provides them with hands on presentations about soil and water conservation.
Sara graduated from Miami University in 2013 with a B.A in Zoology and again from Miami in 2016 with a M.A in Biology. Prior to her employment with the Soil and Water Conservation District she worked for the City of Fairfield as a Naturalist. Sara enjoys working with kids and is looking forward to meeting with local groups and schools in the community.
Email Sara 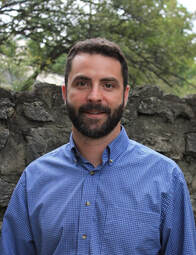 Adam runs the District’s Watershed Management Program.  This program is focused on mitigating water resources related impacts for Hamilton County landowners to restore healthy ecosystems and ecosystem services, and build climate resilient communities.  Adam provides leadership and technical assistance (locally and regionally) in watershed planning that is informed by a data driven approach of pairing documented impairments with solutions that are tested through scientifically rigorous demonstrations and modeling.  He leads collaborative efforts to test cutting-edge mitigation strategies for this purpose.  Adam also works with local landowners to implement these solutions in strategic locations, and provide free consultations to local landowners regarding, streambank erosion problems, flooding, and general water resource management concerns.
Adam received bachelor’s degrees in geography and environmental science from Miami University in 2006.  After graduation, he worked as a research scientist for USEPA, studying watershed management and stream ecology.  While working for USEPA, he earned a Master’s degree in environmental science from Miami University.  He then worked as a consultant for five years helping clients comply with Clean Water Act regulations and mitigate for stream and wetland impacts.  He began working for the District in 2016.
Email Adam 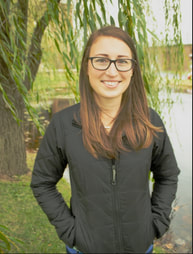 Sarah grew up in Hamilton County, and graduated from Northern Kentucky University with a B.S. in biology and a minor in chemistry. Prior to coming on board with HCSWCD, she worked for 8 years with a local water conservation nonprofit, the Ohio River Foundation, where she managed local stream education programs and environmental restoration projects. She also worked with other local environmental organizations including the WAVE Foundation and Bulls Run Nature Sanctuary. This led her down the path to finding her passion for freshwater ecosystems that she brings to her position with HCSWCD. Sarah firmly believes that our freshwater resources are not only extremely valuable ecologically, but because they provide clean drinking water and recreation opportunities to the public. She hopes to share her passion with others through education and action to create a positive impact on the quality of our Hamilton County rivers and streams. Outside of work, Sarah enjoys camping, hiking, running, gardening, making cookies, playing violin, and discovering new and interesting things about nature.
Email Sarah 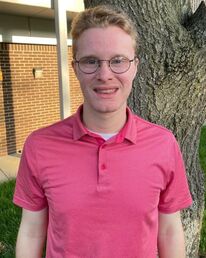 Benjamin Bierley is the seasonal intern for this summer and early fall and will be assisting with projects and events that the county will be working on and hosting. He looks forward to interacting with the citizens of Hamilton County and getting his hands muddy out in the field.

Ben grew up in Dayton, Ohio and earned his bachelor’s degree in history at Miami University in May of 2022. Currently, he is pursuing his master’s degree in environmental science with a concentration in ecology from Miami University with plans to graduate in May of 2023. Because of his passion for conservation, he believes that this position with Hamilton County will give him a wide range of experiences and tools that he can use in his future endeavors to benefit local communities and the overall environment. Outside of work, Ben assists Butler County Soil and Water District as a volunteer stream water sampler and enjoys running, hiking and fishing with his friends and family. Overall, Ben is thrilled to be with the team this summer.
Email Ben